My work on Michel Foucault is mostly systematically motivated: On the one hand, I am interested in the specific conception of (political) philosophy resulting from Foucault’s methodological perspective. Instead of reducing his methodology to discourse analysis, an ‘analytic of power’ or an investigation of processes of subjectivation, I see as its common core of all of Foucault’s works his methodological perspective which I attempt to reconstruct as nihilistic, nominalistic and historicistic.

On the other hand, I am interested in Foucault’s proposal for a non-relativistic ‘History of Truth’. Although he never quite managed (or cared) to fully explicate either the conceptual problems of this undertaking or what he saw as solutions to these, Foucault’s relentless pursuit of a ‘History of Truth’ defines the form of his philosophy.

Further aspects of his work which I have worked on include Foucault’s concept of critique and his analysis of neoliberalism in the governmentality lectures. 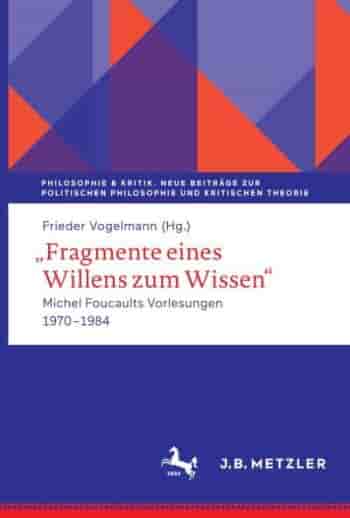 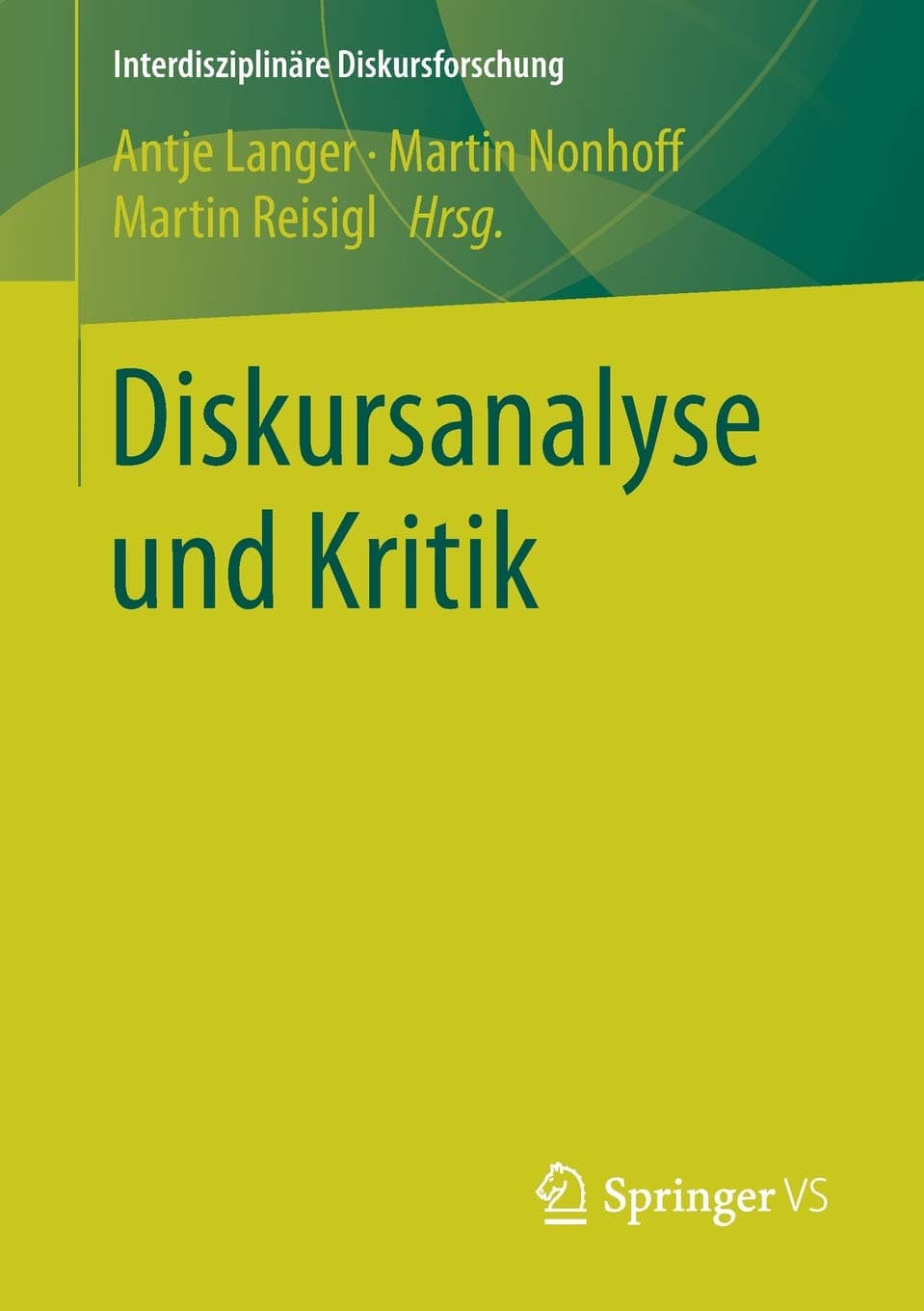 Biopolitics as a Critical Diagnosis
Michel Foucault’s Philosophy Concepts of Critique The Effectiveness of Knowledge Website
I argue that the reasons both for the way ‘biopolitics’ stirred Foucault’s readers and for his subsequent abandonment are to be found in the relation between Foucault’s model of critique and the role ‘biopolitics’ plays in it: it names the counter-truths derived from Foucault’s critical diagnosis of the dispositif of sexuality 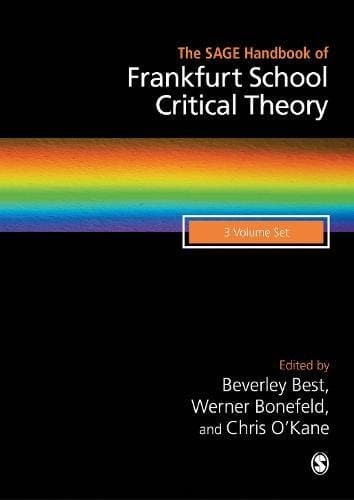 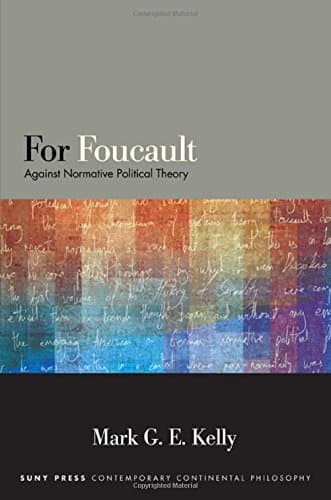 The Spell of Responsibility. Labor, Criminality, Philosophy (translation of Im Bann der Verantwortung)
PDF Responsibility Michel Foucault’s Philosophy Concepts of Critique Publisher's website
What is the significance of the fact that ‘responsibility’ now plays such a central role in, for example, work, the welfare state, or the criminal justice system? What happens when individuals are generally expected to think of themselves as ‘responsible’ agents? And what are the consequences of the fact that the philosophical analysis of ‘responsibility’ focuses almost exclusively on conditions of agency that are mostly absent from real life? 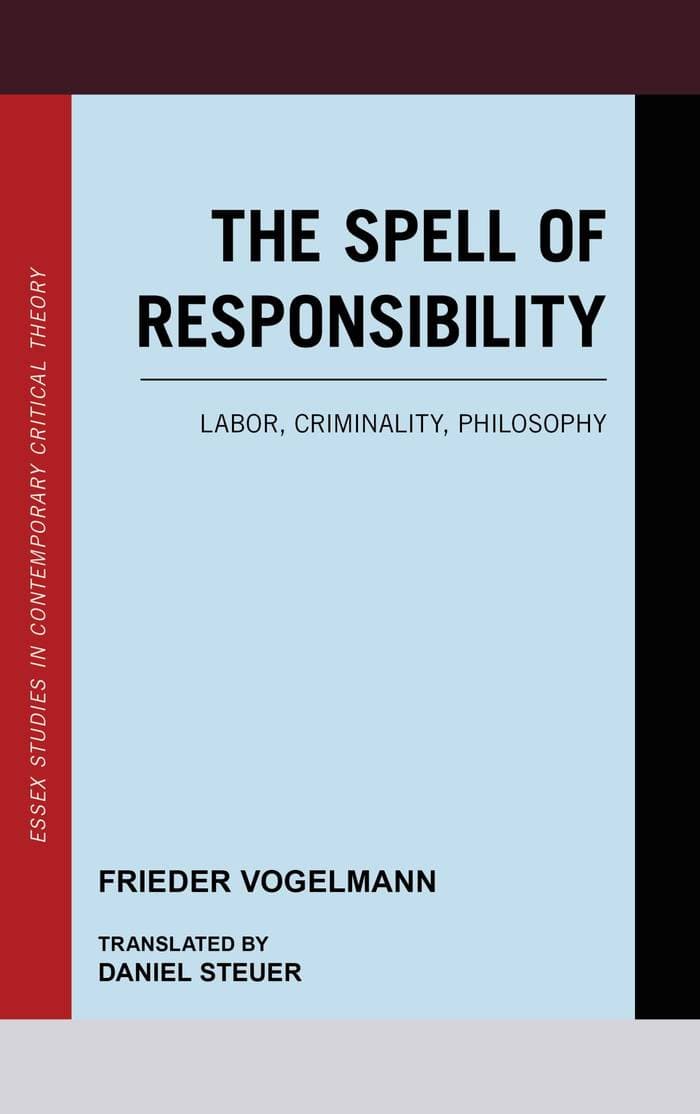 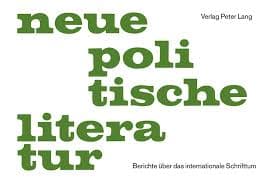 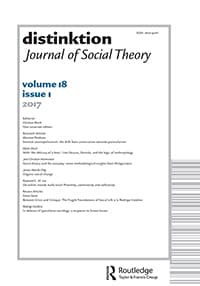 Discipline and Punish Today
Michel Foucault’s Philosophy Website
The articles in this special issue of Foucault Studies originate from the conference “Überwachen und Strafen heute”, held in November 2015 at the University of Bremen, Germany. An account of the conference (in German) can be found on the website Soziopolis.
with Jörg Bernardy 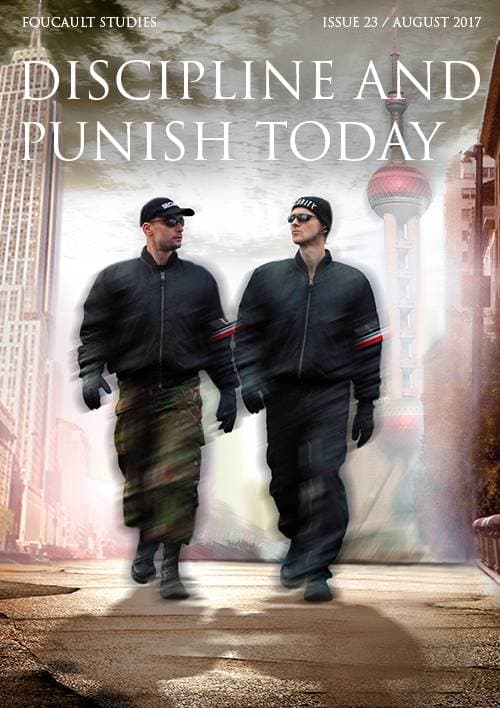 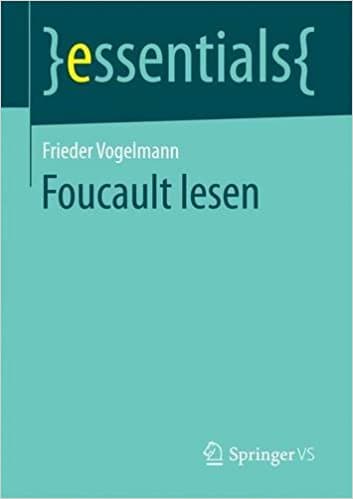 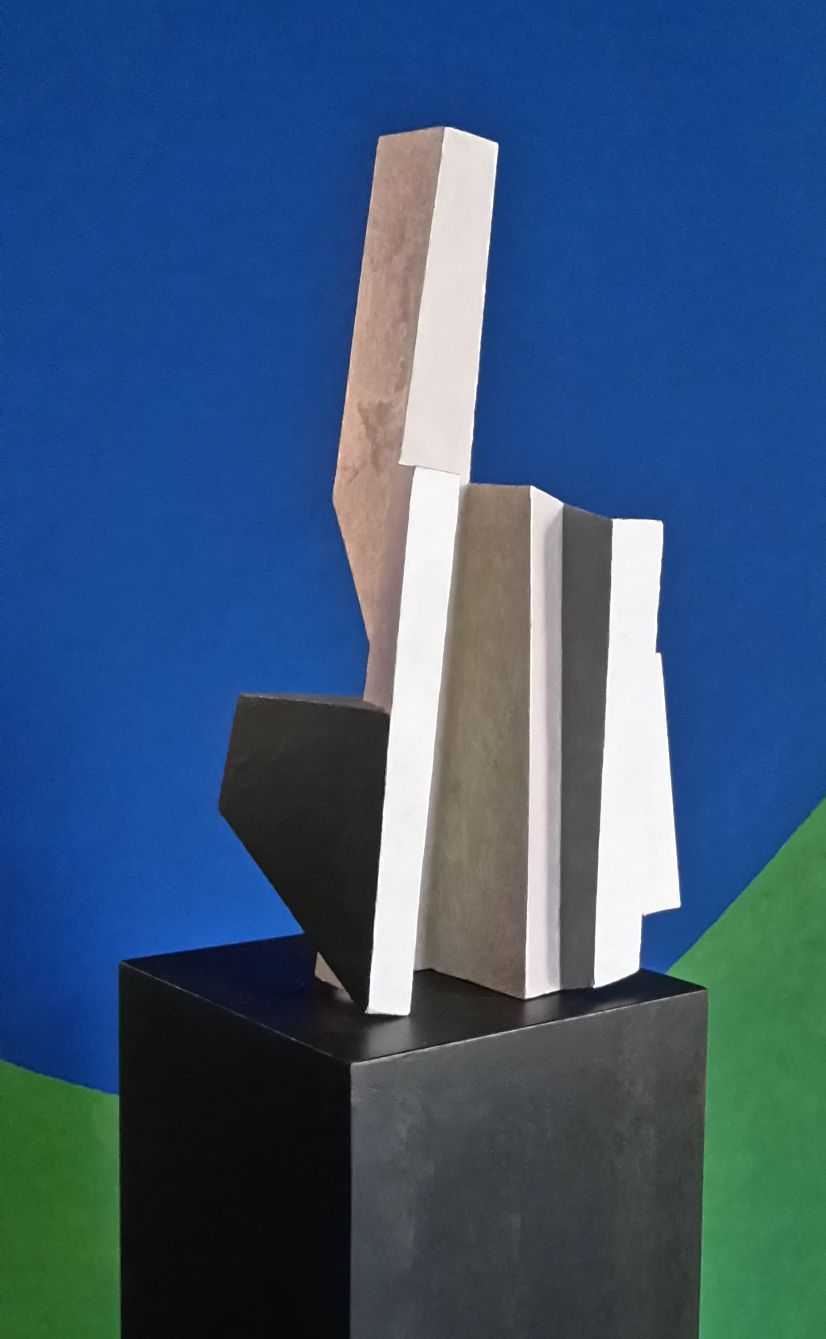 Im Bann der Verantwortung
Responsibility Michel Foucault’s Philosophy Concepts of Critique Extract Website
In this book, Frieder Vogelmann demonstrates how large parts of philosophy have fallen under responsibility’s spell, and he uses a Foucauldian approach in an attempt to break it. The three axes of power, knowledge, and self are used in a detailed analysis of the practical regimes of labour (including the welfare state), criminality (including policing, punishment practices, and criminal proceedings), and philosophy, and of the two subject positions required by ‘responsibility’ – those of … 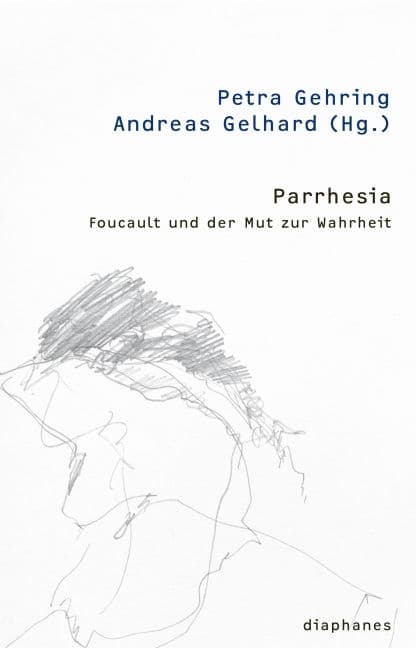 Prefigurative Emancipation: The Effective Knowledge of Foucault’s Critique
Concepts of Critique Michel Foucault’s Philosophy
The task of diagnosing the present explains how Foucault’s critique functions as a philosophical practice, and by making explicit in which ways it emancipates us, it gives us reasons why we might be interested in doing critique like that.
14 October 2019 17:00 — 19:00 Sciences Po Paris 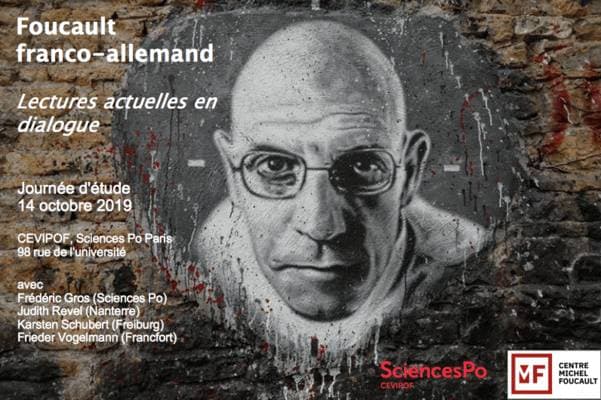 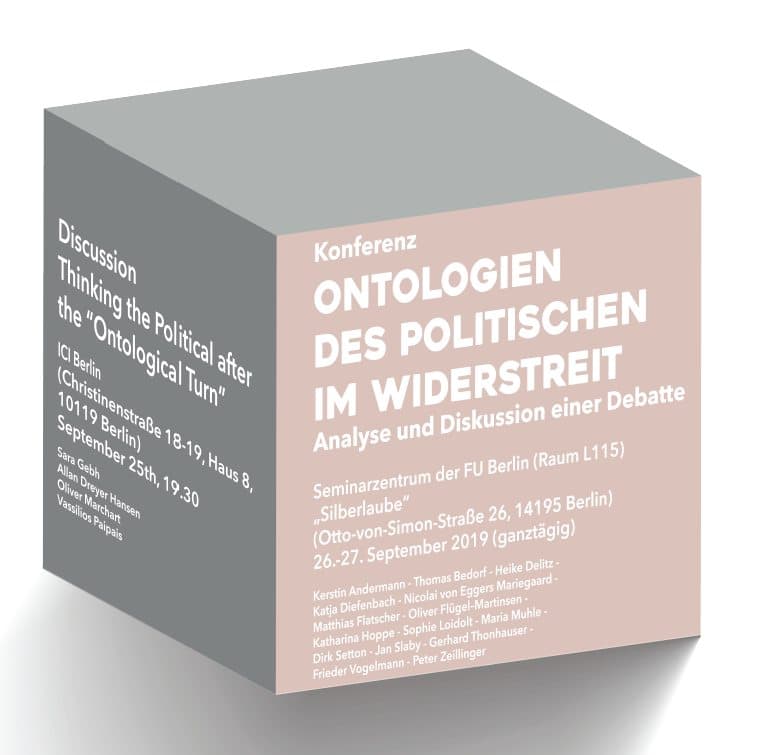 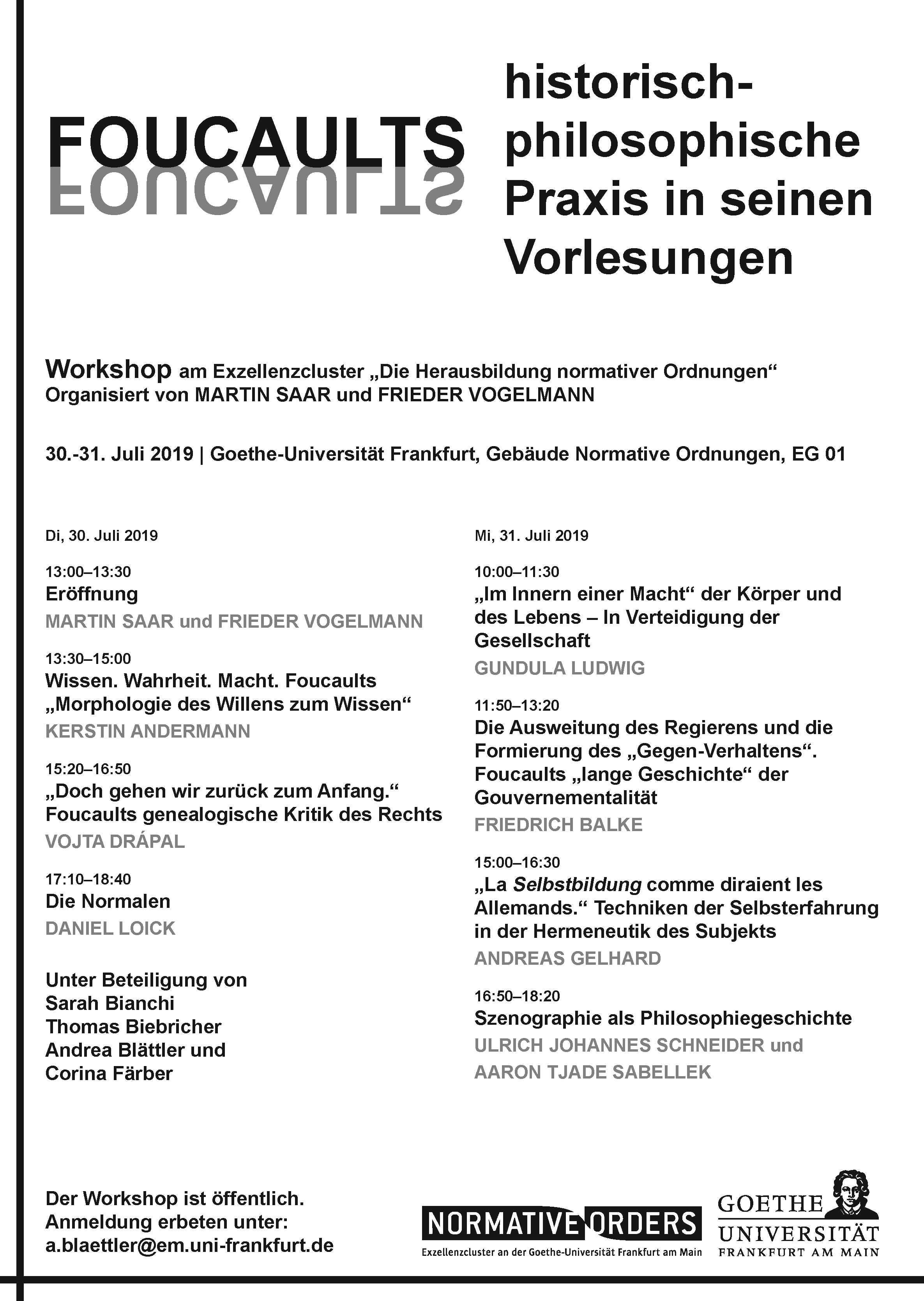